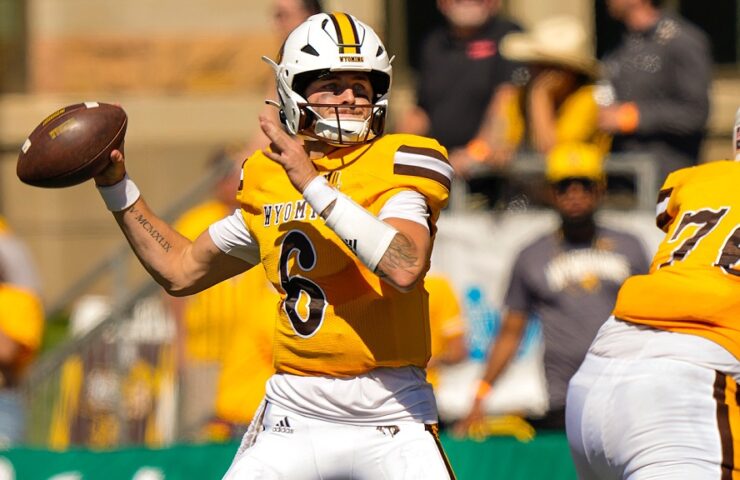 Ohio vs Wyoming How To Watch

– Ohio started 2-3, lost star QB Nathan Rourke late in the year, and didn’t show much of a defense for a bulk of the season. But everything flipped under head coach Tim Albin, the team went on a seven-game winning streak to get to the MAC Championship. Losing 17-7 to Toledo in the title game wasn’t fun, but the team remains relatively intact. On the flip side …

– Wyoming is very much NOT bringing its normal 2022 self into this. It’s missing almost all of its key running backs and top target Joshua Cobbs, but it should still be able to run its style of play. It’s going to pound, and play defense, and try to keep the score low.

– It’s the fifth bowl appearance for the Cowboys under head coach Craig Bohl. He lost the first one in the 2016 Poinsettia to BYU, but reeled off three straight since including two over MAC teams and an Arizona Bowl over Georgia State.

– Ohio has also won three straight bowl games, but it hasn’t been in one since 2019. It was 2-8 all-time in bowls before this recent stretch – it’s a big deal for the program beyond just shooting for a ten-win season.

– The 2021 version was canceled – Boise State had to bow out against Central Michigan thanks to COVID issues. The previous two were rough – San Jose State wasn’t itself in a blowout against Ball State in 2020 due to COVID, and Wyoming whacked Georgia State 38-17 in 2019. Before that, three of the first four were outstanding with two overtime thrillers and a great inaugural meeting when Nevada hung on two beat Colorado State.

Why Ohio Will Win The Barstool Sports Arizona Bowl

Again, most of the normal pieces are there.

Kurtis Rourke went down with his knee injury in the middle of November, but if there’s any sort of a silver lining, it allowed back CJ Harris to get meaningful time running the attack. He’s big, he can run – he rumbled for three scores in the win over Bowling Green – and he’s got a whole lot of help from the other skill parts.

On the flip side, Wyoming’s missing parts are going to hurt. Ohio’s defense needs as much help as it can get, but its biggest issue is against teams that can throw – that’s not how UW rolls. It’s a running team, but Ohio is 8-0 when allowing fewer than 160 yards.

The Cowboys have only run for that many or more five times this season.

Why Wyoming Will Win The Barstool Sports Arizona Bowl

In Wyoming’s perfect world it runs the ball a gajillion times, controls the clock and the game with its style and defense, and wins 20-12.

But it’s not like Wyoming can’t throw, and it’s going to give it a try against the nation’s second-worst pass defense. Everyone but Northern Illinois and Toledo threw for 229 yards or more against the Bobcat secondary, and the only reason those two didn’t was because they ran for well over 230 yards.

This is where QB Andrew Peasley comes in. He can run, and he might need to. For all of the problems, the offensive line is fine, the pass protection is there, and the team wins when Peasley is even slightly strong.