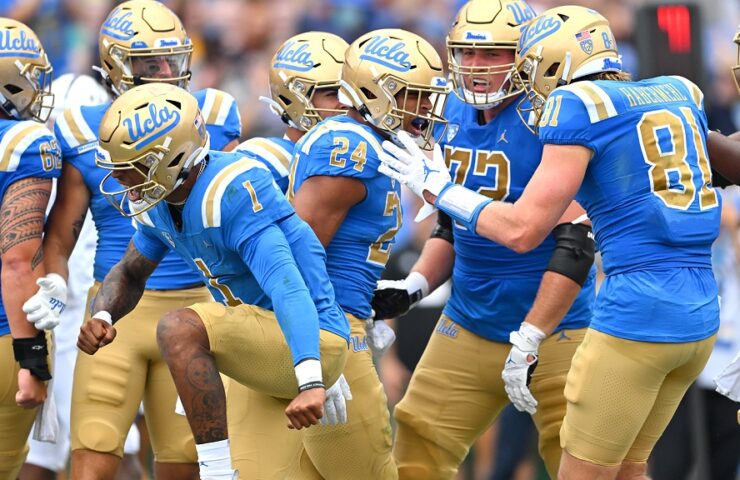 UCLA vs Cal How To Watch

Why UCLA Will Win

Can the Bruins pick it back up after the painful 48-45 loss to USC? If so, there won’t be a problem against a Cal defense that’s not stopping anyone’s passing game and doesn’t have any sort of a ground game to worry about.

The 113 yards in the win over Stanford marked the first time since late September that Cal got past 100 yards on the ground, and it’s going to take something special to get there this week.

Again, if UCLA is into this, the balanced offense that should be able to move however it wants, there’s no pass rush whatsoever coming from Cal, and …

Why Cal Will Win

This is Cal’s bowl game. It’s been a wildly frustrating year, but the win over Stanford is something – it’s always something to win that game – and closing out to be 5-7 would be a nice finishing kick.

To do that, the passing game has to go off. UCLA has allowed over 220 yards to everyone but Bowling Green and Stanford, Cal’s Jack Plummer has been strong at connecting on the midrange throws, and the O should have an energy burst early on.

It’ll take a little while for UCLA to get going, but it’ll happen.

Cal will take the first quarter lead, but the Bruin lines will kick in, the running game will work, and Dorian Thompson-Robinson will lead the way to three straight second half scoring drives to pull away.

Previous ArticleNebraska vs Iowa Prediction Game Preview
Next ArticleCFP rankings takeaways: What we discovered and what it indicates