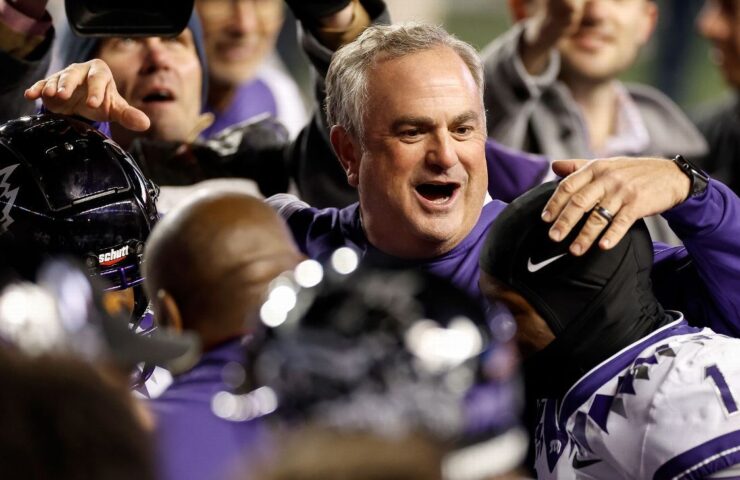 They said it! TCU’s walk-off leads college football quotes of

Sonny Dykes had everything planned and more from our college football quotes of the week.

“We kicked our field goal that appeared like mayhem, but we practice it every Thursday. Exactly like that. [Kell] hit it right down the middle. That was a terrific kick and it appeared like Thursday practice.”

“That was most likely the best I’ve ever felt in a game. I felt unstoppable … This game and the next one might alter the story of this program forever.”

South Carolina Gamecocks quarterback Spencer Rattler, on his group’s 63-38 upset win over the Tennessee Volunteers. Rattler tossed for 438 backyards and 6 touchdowns in the win

“This one requires to harm.”

“If you informed me last year where we ‘d be now, I ‘d call you a dead liar.”