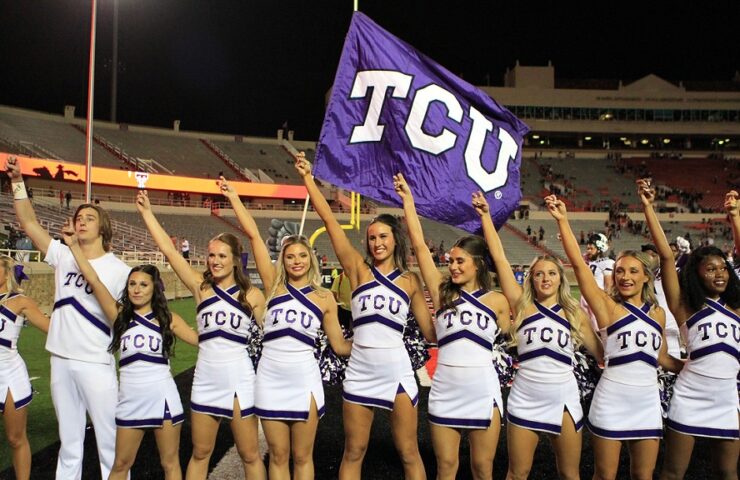 TCU vs Baylor How To Watch

Why TCU Will Win

The No. 4 team in the nation – at least according to the College Football Playoff – keeps on answering every challenge.

It was a touchdown underdog on the road against Kansas – and the defense rose up and stuffed Bijan Robinson in the 17-10 win.

There were supposed to be problems in various offensive fights throughout the Big 12 season – and TCU has always been a wee bit better.

The team just doesn’t make enough mistakes. It’s one of the best in the country at limiting penalties, it only turned it over seven times, and the offensive versatility allows to adapt and adjust to the game flow.

It might be TCU’s biggest strength – it has a way of finding a way to come through when needed to maintain control.

TCU has yet to allow more than 200 yards on the ground and gave up over 170 just three times.

Why Baylor Will Win

The Baylor defense is the second-best in the Big 12.

The TCU offense really is that good – it’s the best in the conference – but it has yet to face the by-far best D in the league – Iowa State – and now it gets the Bear defense.

Texas was able to keep the Horned Frogs under wraps last week, holding the running game to a season-low 3.6 yards per carry and allowed just 124 passing yards.

The Baylor defense has the ability to take the ball away in bunches – it came up with eight takeaways in the two games before the stunning 31-3 loss to Kansas State – and it needs to control the clock.

TCU was able to get by Texas last week in the fight by dominating the time of possession battle. It’s not going to be able to do that against Baylor.

Baylor might hold on to the ball for over 32 minutes and come up with a few takeaways, but TCU will adjust.

Once again, there will be chances for the other side to take over and pull off the win, and once again TCU will rise up with a timely stop, a key scoring drive, and whatever it needs to do to slip on by.