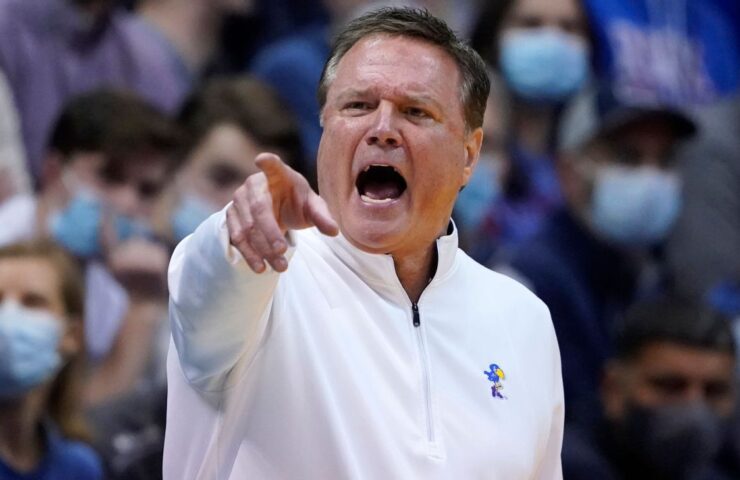 Self welcomed with cheers as KU wins in his return

PARADISE ISLAND, Bahamas– Bill Self could not wait to get going Wednesday at the Battle 4 Atlantis. Neither could hot-shooting Kansas rookie Gradey Dick.Dick scored a season-high 25 points to assist the third-ranked Jayhawks beat NC State 80-74 in Wednesday’s tournament opener, providing Self a successful return to the bench after a four-game suspension.Dick had 18 points on six 3-pointers in the first half prior to going 1 for 8 from the field after halftime. Jalen Wilson added 19 points and 11 rebounds for the ruling nationwide champ Jayhawks(5-0), who blew an eight-point halftime lead and a nine-point second-half lead prior to grinding it out.”I think it actually just revealed what our group’s about and in crunch time, we can bring out hard plays when we truly require it,”Penis said.It also assisted, Cock stated, to” have a Hall of Famer in our corner”again. Kansas had enforced the suspension on Self and assistant Kurtis Townsend as part of the fallout from a pending NCAA offenses case connected to the federal

examination into corruption within the sport.Self was allowed to coach practices, so he stayed involved with the group. But on gamedays, he said he got a dosage of the defenseless point of view of a fan while assistant Norm Roberts led

the group. He said he couldn’t even keep in mind up until he enjoyed the game on a replay.He was all set for Wednesday right from the 7 a.m. wake-up call.”I typically do not jump out of bed,”Self stated,” but I kind of did today due to the fact that I was thrilled about what was getting ready to occur.

“As he emerged from the tunnel, Self was welcomed with loud cheers from an energetic Kansas fan area. He had a minor smile as one fan hung a Jayhawks nationwide title banner as he strolled by and gave light high-fives to a line of about a half-dozen fans who had actually extended their arms over their railing.Casey Morsell scored 21 points to lead the Wolfpack (4-1), while Terquavion Smith added 19 points.The Associated Press contributed to this report.