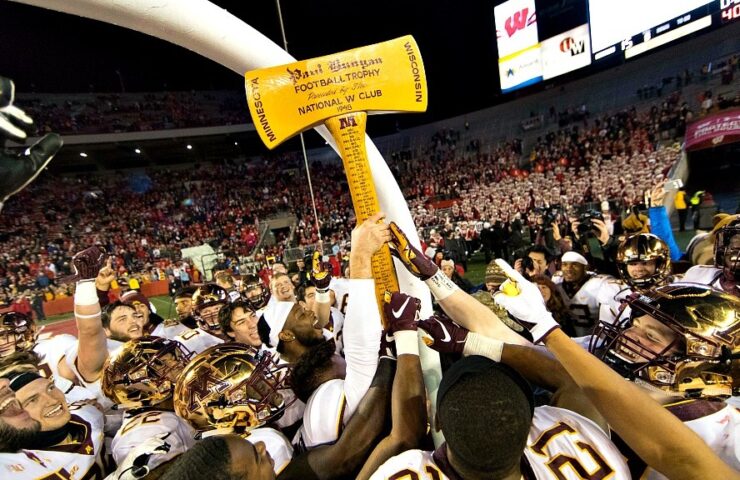 Minnesota vs Wisconsin How To Watch

Why Minnesota Will Win

Graham Mertz isn’t getting a ton of help, and the Maryland game was an outlier with the bad weather, but 29-of-71 for 336 yards and two touchdowns with three picks in three games isn’t good.

The running game wasn’t able to make up for it in the loss to Iowa, the defense hasn’t been its normal special self, and Minnesota should be able to take advantage of all of it.

The veteran has ripped off over 100 yards in every game he played – he missed the Purdue game hurt – and almost pulled out the 13-10 loss to Iowa by himself with 263 yards.

Why Wisconsin Will Win

Can Minnesota get by without a passing game?

Freshman Athan Kaliakmanis has the arm, but he doesn’t have the touch and hasn’t been great over the last three games hitting 20-of-40 passes with no touchdowns and one pick.

There’s an outside chance Tanner Morgan is back, but no matter what the Badgers will load up against Ibrahim and the run – the D is just fine against one-dimensional attacks.

Nebraska was able to keep the Gopher ground game in relative check. If it can do that, Wisconsin can do the same. It gave up fewer than 100 rushing yards in six games and allowed over 140 just once in the blasting from Ohio State.

Wisconsin is a different team in Camp Randall.

It blew out Northwestern in Evanston, but it struggled in the win last week over Nebraska to get bowl eligible. It gagged at Michigan State, couldn’t stop screwing up against Iowa, and got rolled by Ohio State.

The O hasn’t always been great no matter where it plays, and Minnesota’s defense will keep this close, but the Badger run D will be a wee bit better as it takes back the Paul Bunyan Axe.