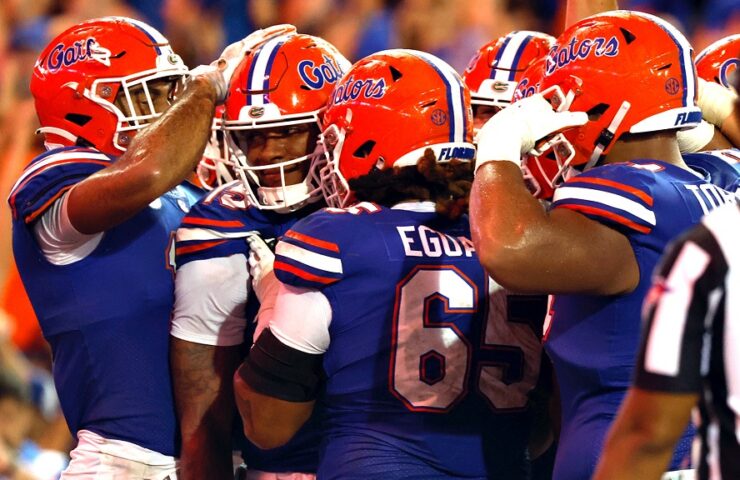 5 best predictions for this week’s college football slate. What appear to be the best bets and picks for the Rivalry Week games on Friday?

Welcome to Rivalry Week – that bittersweet time when the biggest and most fun games kick in right when the season is about to end.

We already had one big game – and, to be honest, I’m sort of shocked Ole Miss lost it – with Mississippi State taking the Egg Bowl, but that feeds into the Friday version of the 5 Best Predictions Against the Spread.

You have to adjust for the curve.

Because of all the big games I’m breaking this up with five of the best-looking predictions against the spread for Friday, and then five more will crank up on Saturday morning.

Fair warning: 1) there are only 13 games on Friday, so nailing five of these is a statistical uphill climb, but I’ll do it (I hope), and 2) the Mountain West has been a bear this year to figure out against the spread, and it’s not just me who had problems with it.

All you’re looking for is 20-16. The point total on this is just too obscene to blow off, but it actually makes sense – and was nicer at 34.5.

What happens when two bad teams play each other?

And sometimes the two bad teams put together something shockingly entertaining.

Here’s the thing about Rivalry Week that gets blown off – this is it for a lot of teams.

Forget the rivalry aspect, some of these teams just want to go into the sunset with something happy after a long, rough season. That means both sides empty the playbook to do anything to get the win.

Coaches take more chances, because why not? More fourth down attempts, more trick plays, anything – this is it.

Here’s the issue with that when it comes to New Mexico going to Colorado State – neither team can score.

Colorado State has yet to hit 20 points this season, and New Mexico get past 14 just three times and once was a 41-0 win over Maine.

Again, though, these two teams are equally lousy.

New Mexico will allow more than 20 points in this. Colorado State should give up around 14-to-17.

Staying in the Mountain West …

NEXT: College Football Pick Against the Spread No. 4: Utah State at Boise State