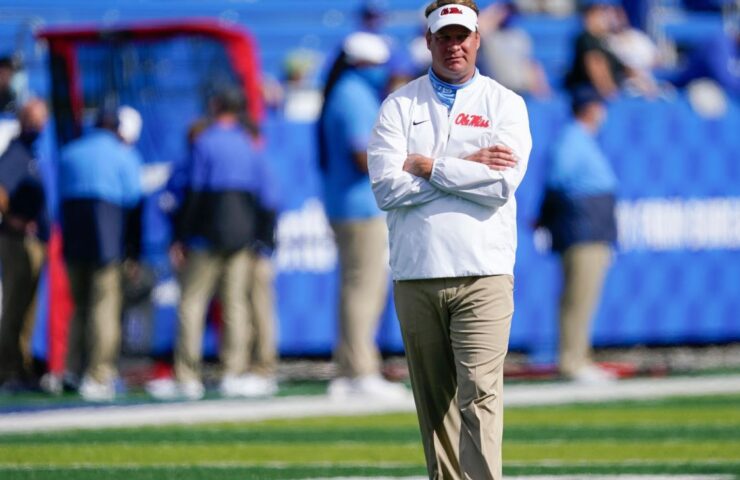 HOUSTON– Ole Miss coach Lane Kiffin said a Texas Tech player spit on among his players and possibly used a racial slur Wednesday night in the TaxAct Texas Bowl.A scrum in between the teams followed Ole Miss’ Dayton Wade fumbled early in the 4th quarter and Texas Tech recovered. There was pushing and shoving in between players, and Ole Miss wide receiver Jordan Watkins was given a personal nasty penalty.After the game,

which Ole Miss lost 42-25, Kiffin stated the penalty needs to have been on Texas Tech’s Dimitri Moore, who is No. 11 for the Red Raiders, rather of Watkins, who uses No. 11 for Ole Miss.”They announce our 11, which

is Jordan Watkins, who wasn’t in the fight. It was their 11 that was battling 71 [Ole Miss lineman Jayden Williams], and everybody understood because their own coaches were yelling at the person,”Kiffin said.”There was a racial slur included; that’s

not the point of what we’re discussing, [it’s] about the spitting part. I brought our own 71 up to the officials, right or incorrect, you see him crying? He’s not sobbing, not since he got spit on, it’s due to the fact that something was said.”Asked to clarify whether a Texas Tech player utilized a racial slur toward among his players, Kiffin stated he wasn’t sure. “I’m not going to, since I did not hear it, [I’m not going to] state that took place for sure that he gave a racial slur to our player,”Kiffin stated.”I was told that was stated in that [incident], however I did not hear that. So that would clearly be a giant problem. “Moore and Williams are both Black.Kiffin stated he got so upset throughout the game because he

didn’t think it was reasonable that his player got a penalty that he thinks clearly ought to have been on someone else.”I’m going to safeguard our players when a kid spits on them and is accused to a national audience that it’s

him, “Kiffin stated.”So Jordan has to handle this.”Texas Tech coach Joey McGuire was not asked about the incident, but Kiffin stated he talked with him about the spitting after

the game.”If you really supervise there, one of them’s sort of chuckling due to the fact that he got off,”Kiffin stated. “He’s screaming at the player, they’re losing their mind on him. … I talked with their head coach afterwards. He resembled:’ Crazy officiating out there.’I go:’Yeah, that was actually bad on that one that your man spit and our guy got the charge. ‘He was like:’Yeah, I know.'”