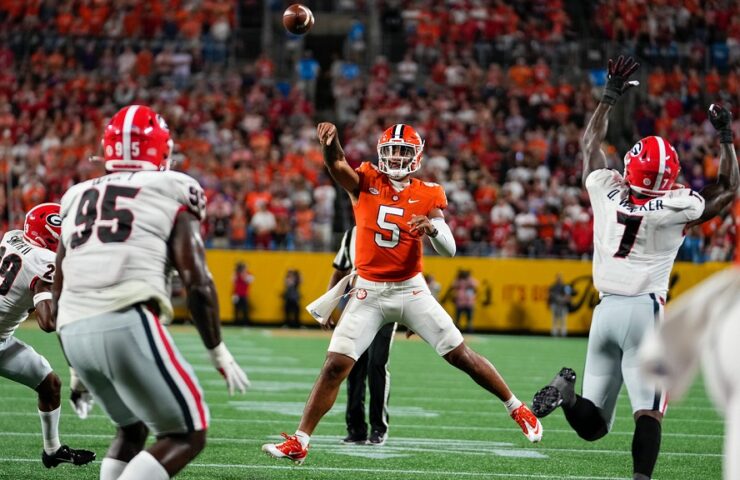 Bowl projections and College Football Playoff predictions after Week 12 over the 2022 season.

This just got a little more clear.

First of all, there are going to be enough bowl eligible teams – check out who’s going bowling and who won’t here – which means we won’t have to deal with APR or any other factors for five-win teams.

That doesn’t mean we can’t have more eligible teams – there’s a chance there are a few too many and another bowl is added at the last second like last year – but things have settled down.

Now it comes down to who makes the New Year’s Six games and who doesn’t.

All the College Football Playoff teams and projected New Year’s Six squads are here with the explanation, but overall and on a big picture bowl projection level, Wisconsin, Texas Tech, and Arkansas getting to six wins makes things easier, and again, we have enough teams.

After next week the bowl projections and College Football Playoff picture should be even more set, but for now …

More Bowl Projections After Week 12: NEXT