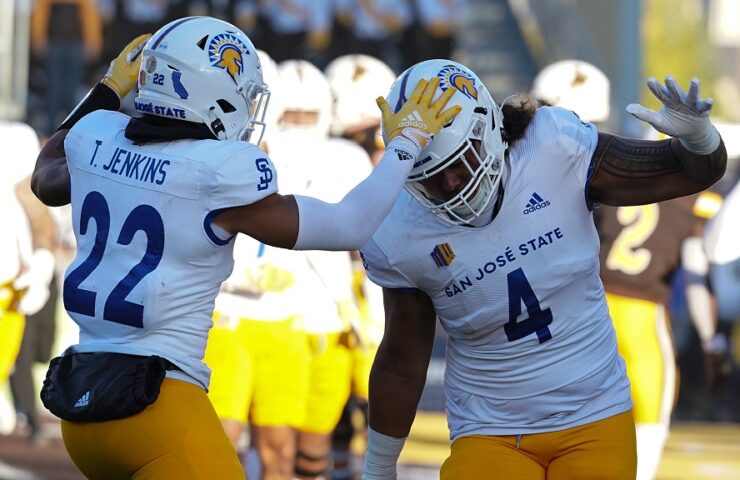 San Jose State vs Utah State How To Watch

Why San Jose State Will Win

San Jose State should be able to pick it back up after the rough performance against San Diego State.

What went right before the 43-27 loss? The passing game was able to roll for 230 yards or more in every game against everyone else. The Utah State defense is having a rough run and it’s about to get worse.

Wyoming and Hawaii were able to crank up over 500 yards of total offense, the run defense has gone bye-bye, and …

Why Utah State Will Win

Utah State has quietly made a run to turn its season around.

It dug too deep a hole over the first half of the season, but it won four of the last five games even though the defense is inconsistent and struggling.

The offense is doing a nice job of coming up with the key play at the right time, there haven’t been any turnovers in the last two games, and the passing game is accurate and efficient against the mediocre teams.

San Jose State isn’t the same team on the road.

It’s 5-0 at home ant 1-3 away, and it’s not just because the slate has been easier in San Jose. Utah State’s offense might not be perfect, but it’ll perk up enough in the back-and-forth fight to one up with a strong fourth quarter to get bowl eligible.