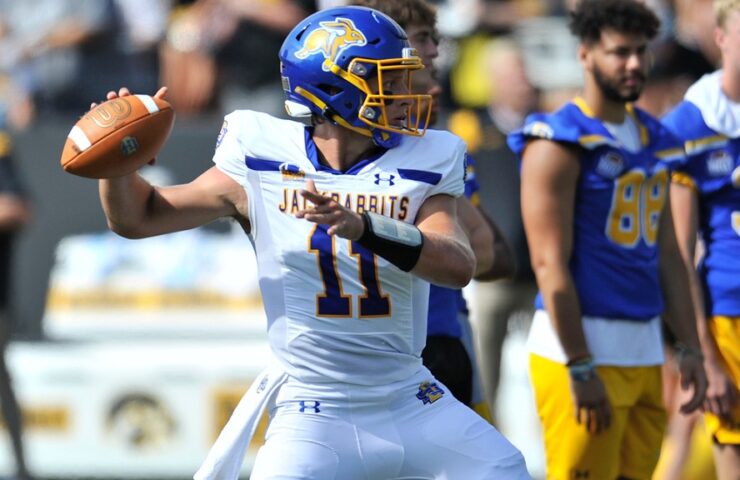 – South Dakota State had the team to get it done in 2020, but lost to Sam Houston 23-21 in the FCS Championship. However, it’s had the Bison’s number lately, winning three in a row with the 23-21 victory in mid-October turning out to decide the conference title – the first outright Missouri Valley championship for the Jackrabbits. They’ve never won an FCS national title.

– South Dakota State might have an efficient and effective offense, but it gets the job done on defense. There’s a decent pass rush, but it’s the nation’s best run D that takes over games. It all works in perfect sync with this bunch – stop the run, force long third down opportunities, get off the field, let the O control the clock. It gave Iowa everything it could handle in a 7-3 loss to start the season – the Hawkeyes got two safeties and a field goal. and reeled off 13 straight after it.

– North Dakota State lost at Arizona 31-28 to go along with the loss to the Jackrabbits. The defense is solid – that’s underselling it; it’s among the best in the nation, but not quite at SDSU’s level. The offense is a force – again.

The attack is explosive, balanced, and can run and run and run behind NFL prospect Cody Mauch at one tackle spot, guard Nash Jenson, and fullback Hunter Luepke – they’re all able to blast away.

– In the first meeting, North Dakota State got out to a 21-7 lead at home, and then – after picking off the Bison in the end zone – it was all SDSU the rest of the way scoring 16 unanswered points on three Hunter Dustman field goals and a 16-yard Amar Johnson run. The Jackrabbit defense took over in the second half.