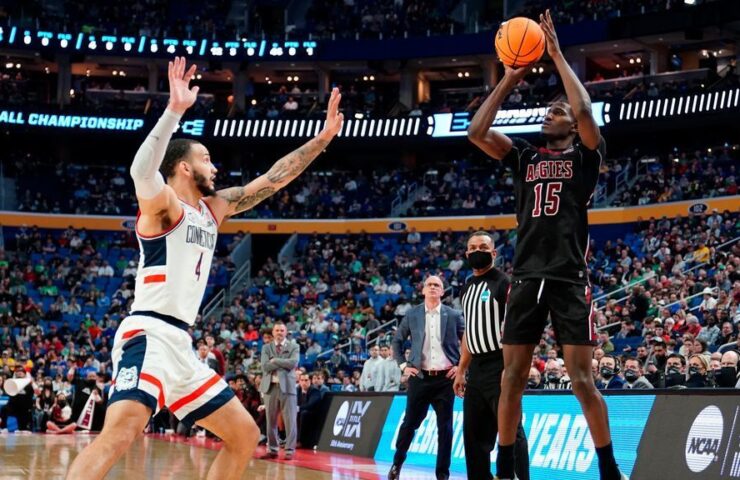 A New Mexico State men’s basketball player shot early Saturday was “tempted” to the University of New Mexico campus by four New Mexico trainees prior to a run-in occurred where he shot and eliminated among the trainees, according to a Sunday release from the New Mexico State police.In the predawn shooting that caused the post ponement of Saturday’s New Mexico State-New Mexico competition game in Albuquerque, Mike Peake, a junior forward, was shot by Brandon Travis, a 19-year-old New Mexico student, a source told ESPN, confirming several reports. Peake then utilized a gun he had to shoot Travis, according to police.Travis was noticable dead on the scene.New Mexico

State police authorities said Peake’s condition is unknown; nevertheless, a statement by the University of New Mexico that was sent to trainees said he was in “steady” condition.The 3 other

foes, a 17-year-old woman and 2 of Travis’ good friends, all left after the shooting, which unfolded at a New Mexico residence hall.

“Through examination, agents later on learned that Travis had actually conspired with a 17-year-old female and 2 of Travis’s male good friends, all UNM trainees, to entice the 21-year-old victim to UNM school and assault him,” the New Mexico State cops statement said.The 17-year-old woman has actually been captured and charged with intensified battery and conspiracy.Peake, who is balancing 9.0 PPG through two games, was transferred to a local hospital.The release by New Mexico State authorities calls Peake a” victim”in

the shooting.A statement by New Mexico State called the occurrence “heartbreaking” and said men’s basketball staffers had remained in Albuquerque as the program continues to resolve the terrible occurrence that involved among its players. A declaration by the University of New Mexico said counseling services will be available to all students.