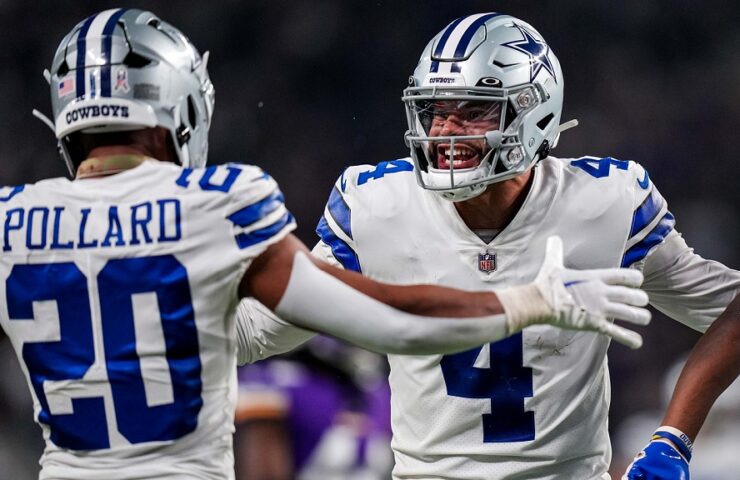 New York Giants at Dallas Cowboys How To Watch

Why New York Giants Will Win

What did the Giants do wrong the first time around in the 23-16 loss in Week 3?

It was fine, and it could pull it off this time around if the running game keeps working.

The Dallas defense might be the best in the league in points allowed – it just stuffed the high-powered Minnesota attack in a 40-3 win last week – but it can be run on.

Chicago was able to crank up 240 yards on the ground, Green Bay barreled for 207, and the Giants came up with a solid 167. It wasn’t enough, and now it’s time to double down harder on the ground game.

Why Dallas Cowboys Will Win

The defense has kicked it in.

The takeaways are there with eight in the last four games, the offense found something with Tony Pollard becoming the all-around explosive element for the attack, Dak Prescott is looking very, very comfortable.

Yeah, New York will come up with its rushing yards, but it’s not getting the passing game cranked up. As it it’s having a hard enough time getting everything moving through the air, and it’s not going to work this week against the No. 1 pass D in the league.

Everyone will be looking for the Dallas team that showed up in Minneapolis, but it’ll be New York that takes control right away.

After last week’s rough loss to Detroit, the New York offense will be far more careful with the ball, it’ll get back to grinding it out and not trying to wing it around, and the run defense will be far, far nastier.

It still won’t be enough.

Dallas will start fast, stall for a while, and then pick it up late to make the Thanksgiving crowd very, very happy.