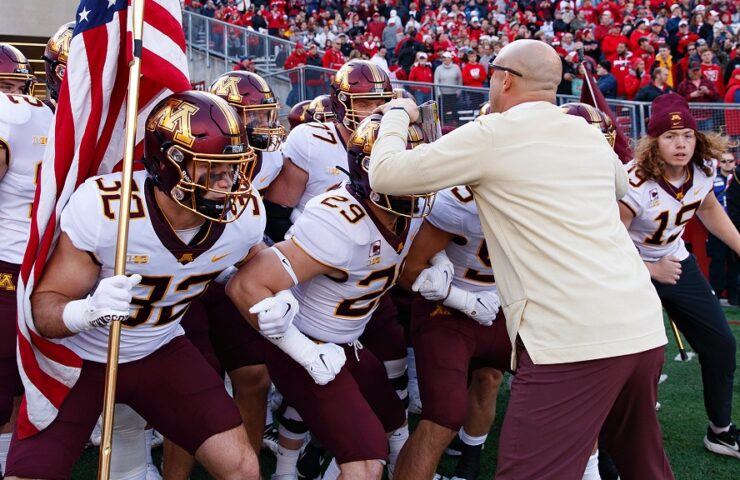 Minnesota vs Syracuse How To Watch

– Minnesota started fast, crashed in the middle, and roared through the finishing kick. It kept the Paul Bunyan Axe with a win at Wisconsin to win four of its last five games with a punishing ground game, decent defense, and with a deliberate style that keeps working.

There aren’t any huge opt-outs or losses. For the most part this should be as close to the regular season version of the Gophers as reasonably possible, especially with future NFL starting center John Michael Schmitz and star RB Mohamed Ibrahim playing. On the flip side …

– Syracuse top RB Sean Tucker has opted out, and a few parts are gone from the defense – especially the secondary – but the team shouldn’t be too hamstrung.

In a tale of two seasons, the Orange started out 6-0 – helped by a thrilling win over Purdue – and then the tough part of the schedule kicked in full force over a five game losing streak before closing out with a win over Boston College.

– Syracuse is outstanding in bowl games, at least it has. been over the last 20 years. There haven’t been a ton of appearances lately, but it’s 6-1 in bowls since 199 with the last victory coming in the 2018 Camping World over West Virginia.

– Minnesota has been even better in bowl games lately. PJ Fleck has won his first three with the Gophers after going 1-2 at Western Michigan – to be fair, one of those losses was to Wisconsin in the New Year’s Six Cotton Bowl.

Minnesota was an automatic bowl season loser for years – going 0-7 from 2004 to 2015 – and then it all flipped winning five straight including last year’s Guaranteed Rate over West Virginia.

– After a rough starts with four straight blowouts to kickoff the run of the Pinstripe Bowl back in 2010, the bowl was terrific with two overtime games among four straight decided by one score. Things got rough with the COVID cancelation year of 2020 and the Maryland 54-10 whomping of Virginia Tech last year putting the pressure on this to at least be interesting.

Why Minnesota Will Win The Bad Boy Mowers Pinstripe Bowl

The Orange are better against the decent passing teams and are 7-0 when allowing teams to run for fewer than 150 yards. They’re 0-6 when they don’t.

Minnesota has been held to under 150 just four times. Once was against the brick wall of an Illinois defense, once was against the Wisconsin D, and once was when several main parts were hurt in the loss to Purdue. 200 yards are the norm for this offense going 6-1 when it gets to 240 yards or more.

It’s just as big a problem the other way. Sean Tucker wasn’t used enough, but he’s still good enough to be missed. The Orange offense threw more, but it went 1-5 when it couldn’t get to 125 yards on the ground. The Minnesota D can help make the number tough to hit.

There isn’t going to be anything tricky about what the Gophers are going to do. Run, stop the run, win the mistake battle, leave.

Why Syracuse Will Win The Bad Boy Mowers Pinstripe Bowl

Really, stop the Minnesota running game and you stop Minnesota.

It’s not like the Golden Gopher offense can’t throw, but it doesn’t operate at its best when it’s not able to control the game on the ground. It doesn’t necessarily own the clock, but it has a way of dominating the tempo when things are working.

Syracuse pivoted this year from a running team to more of a balance. It’s got the ability to stretch the field a bit, it’s decent at adapting on the fly, and there isn’t a problem with turnovers.

Minnesota might be fifth in the nation in total defense, but it doesn’t generate a lick of pressure, it’s last in college football in tackles for loss, and …