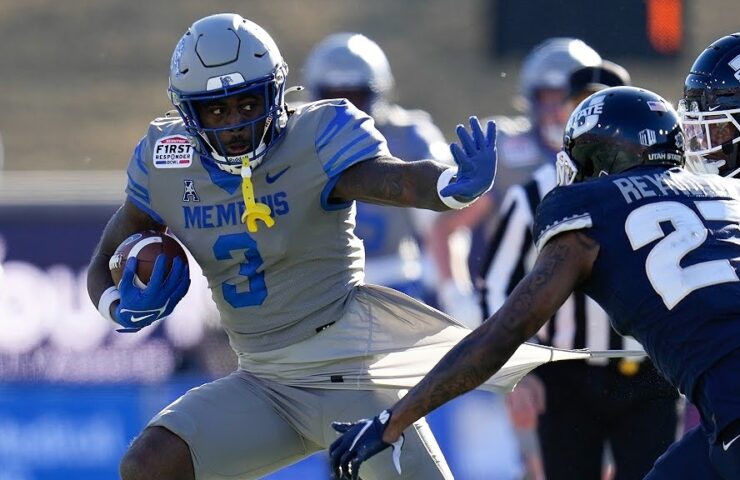 Memphis beat Utah State 38-10 to win the SERVPRO First Responder Bowl. What happened, who was the player of the game, and what does it all mean?

Memphis 38, Utah State 10 SERVPRO First Responder Bowl What Happened, Player of the Game, What It All Means

– Memphis needed a little bit to heat up, and then it all kicked in midway through the second quarter. With the score tied a 3-3, the game blew open with Seth Henigan throwing three touchdown passes – including two to Eddie Lewis – for a 24-3 Tiger halftime lead. The game coasted in from there.

– Utah State tried three quarterbacks, but injuries were a problem. Bishop Davenport stepped in and led a 92-yard drive early in the fourth quarter to pull within 14. An onside kick went awry, Memphis hammered away on the short field for the first of two Jevyon Ducker touchdown runs in the final eight minutes.

– Utah State kept fighting, but it couldn’t make anything work once the second quarter Tiger point avalanche hit. It couldn’t control the clock, was -2 in turnover margin, and Memphis kept its offense moving when it had to.

Seth Henigan, QB Memphis
He completed 20-of-29 passes for 284 yards and three touchdowns

SERVPRO First Responder Bowl What It All Means

It might have been a disappointing year overall for Memphis, but this makes it a whole lot better. After going 6-6 last year and not being able to play in a bowl game, the program kept alive a nice run of nine straight years without a losing season. It also turned into a good win for head coach Ryan Silverfield – 7-6 looks a whole lot better than 6-7.

If nothing else, this was a nice way to go into the offseason and into a new American Athletic Conference world as even more of a contender.

Utah State was missing too many pieces to pull this off. It was outmanned against Memphis, but it was still a strong effort to close out a solid year. It started bad, got better, and the team never quit fighting.

It was a losing season with this loss – the second in three seasons – but head coach Blake Anderson is a good one to keep the momentum rolling. There’s enough in place to build off the second half of the season and be a player in the Mountain West title chase.