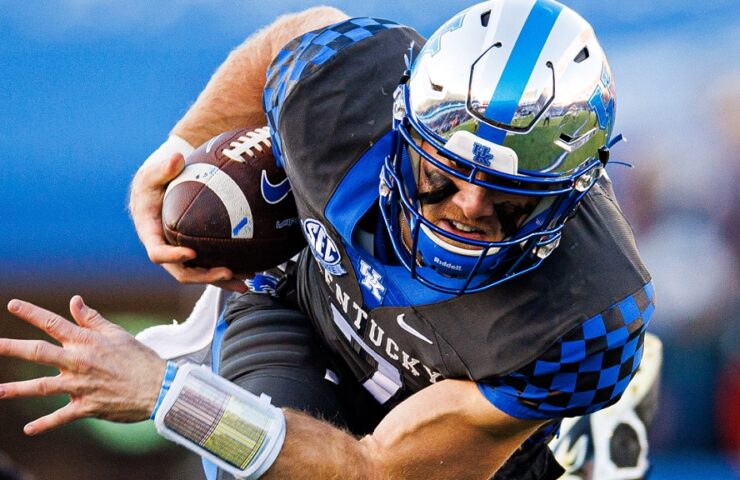 Louisville vs Kentucky How To Watch

Why Louisville Will Win

It wasn’t exactly ripping through everyone in the 4-0 start, but at least it was effective. Now it’s struggling behind a leaky offensive line, the ground attack has been brutally inconsistent, and QB Will Levis has been beaten, battered, and bruised.

And Louisville’s defense is there for all of it. It leads the nation in sacks, it’s great at generating tackles for loss, and only WKU comes up with more takeaways.

Why Kentucky Will Win

He’s hoping he can and thinks he might after suffering a concussion against Clemson and missing the NC State game, but no matter what he’s hardly 100%.

Brock Domann stepped in last week and wasn’t awful in the win over NC State, but the running game did most of the work. No matter who’s under center, the Kentucky pass defense should shine.

The run D has been a bit hit-or-miss – it struggled against Vanderbilt and wasn’t great against Georgia – but the D hasn’t allowed 200 passing yards in any of the last three games.

Louisville’s defense might be terrific at coming up with takeaways, but Kentucky can do that, too. It forced two in each of the last three games and is solid on third downs.

Overall, the D has the ability to keep the Louisville ground attack in check, but …

Louisville has been balanced enough to find ways to keep things moving, and the defense is taking care of the rest with all the takeaways.

This is where the Cardinal defensive front has to shine. Will Levis might be good enough to overcome a slew of problems, and he’s used to dealing with a pass rush, but he’s going to get hit a bit too often.

The Kentucky deliberate style won’t be enough to overcome a great day from the Cardinal defense.