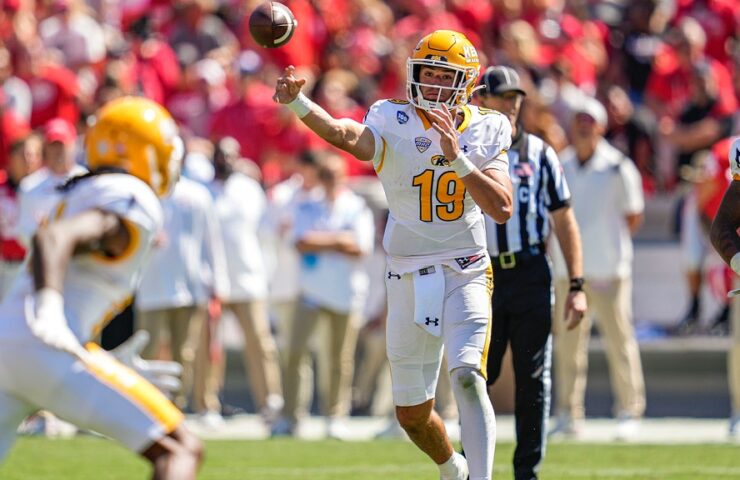 Eastern Michigan vs Kent State How To Watch

Why Eastern Michigan Will Win

Eastern Michigan is bowl eligible, and now it’s time to have some fun and secure a spot. Six wins made the program eligible. Seven wins would all but cement a bowl.

It’s not like the team is doing anything amazing, but it’s phenomenally consistent lately. It’s going to throw for just under 200 yards, it’ll run for around 120 yards, and it’ll be great to keep things moving and control the clock.

As always, Kent State doesn’t care about possession time – it’s called the FlashFast style for a reason – but in this, EMU grinding it out a bit against a D that can’t stop teams from moving the chains will matter.

Why Kent State Will Win

Kent State needs this win and it’s about to pull out all the offensive stops.

It needs to win this and beat Buffalo to get bowl eligible, and there’s still a path to winning the East if everyone else melts down.

Basically, in terms of desperation, Kent State is there.

Kent State will run for over 230 yards as it plays well at home and keeps the mistakes to a minimum.

Eastern Michigan will be balanced and it won’t screw up enough to give away a slew of easy points off of field position, but it won’t matter.

Being at home will matter for the Golden Flashes – the O will be a wee bit sharper – even though Eastern Michigan is terrific on the road.