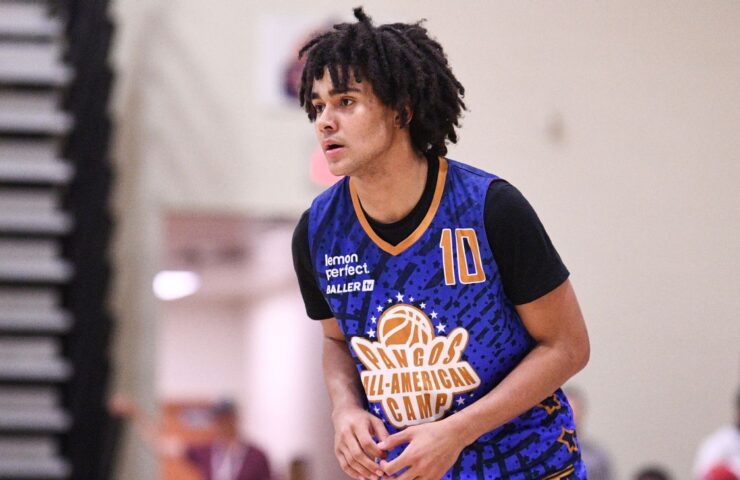 Five-star junior point guard Elliot Cadeau announced his commitment to North Carolina on Wednesday, becoming the highest-ranked 2024 prospect to make his college decision this early in the process.

“When I think about UNC, I see a winning culture and I want to be a part of it,” Cadeau told ESPN.

A 6-foot New Jersey native who attends Link Academy (Missouri), Cadeau is ranked No. 11 in 2024. He slots in as the No. 2 point guard in the class, behind only David Castillo. Assuming Cadeau ends up in Chapel Hill, he will be North Carolina’s highest-ranked signee since Cole Anthony picked the Tar Heels in the Class of 2019.

“Hubert Davis has been recruiting me for a long time,” Cadeau said. “He has made me a priority, and that means a lot to me. He said I would have a chance to start. Coach Davis is a genuine guy.”

Cadeau has often been linked to a potential reclassification, which would allow him to enroll at Carolina in 2023 and suit up for the Tar Heels next fall. Caleb Love and R.J. Davis, UNC’s current starting backcourt, opted to return to school last spring but could decide to test their NBA draft chances after this season.

Cadeau has said in the past he will decide whether to reclassify after the July live period.

One of the elite passers in the high school game, Cadeau can execute any pass with accuracy and timing. Some of his best looks are the hit-ahead passes in transition or drive-and-kick passes in the half court. He delivers shootable passes and possesses high-level decision-making ability. Cadeau operates with precision in ball screens by attacking and reading the defense. He has a burst of speed in the open floor and gets into the paint in a half-court setting. He’s also a better-than-average outside shooter who can keep defenses honest.