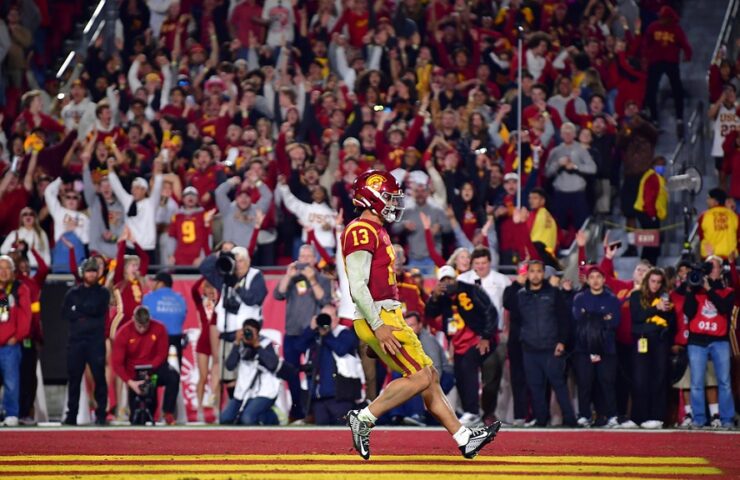 Bowl projections and College Football Playoff predictions after Week 13 of the 2022 season.

Just when this was all supposed to clear up before the big weekend of championship games, everything got more bizarre.

The College Football Playoff picture, though, actually became easier. The problem over the next week will be figuring out the bowl spots without enough teams to fill the games.

82 teams need to be eligible to play in the bowl games, and at the moment there aren’t enough with six wins. Only one of those can be against an FCS team.

Buffalo plays Akron this Friday – that should be a sixth win if all goes well. That’s one hole likely filled.

Appalachian State has six wins but two of them came against FCS teams. Without enough eligible teams, the call is that the rule gets blown off. That’s another – maybe. We still need a few more options.

5-6 New Mexico State might try to pick up a game to get eligible, but it already has a win over Lamar from the FCS. Army has two FCS wins, but its problem is timing. The bowls need to get going after next weekend, and the 5-6 Knights don’t play Navy until December 10th.

And then there’s APR.

For a full explanation and a ranking of all the teams according to their Academic Progress Report, check it out here.

If the bowls need 5-7 teams, APR determines the pecking order. Rice is the top APR-ranked 5-7 team, UNLV is second. If more teams are needed, Michigan State and Auburn – tied in APR behind the Owls and Rebels – would be possibilities.

This will all be updated on the fly as more news and rumors come in, so please forgive how fluid this is. For now, the bowl projections are …

Teams that accepted bowl bid are in red.

More Bowl Projections After Week 13: NEXT