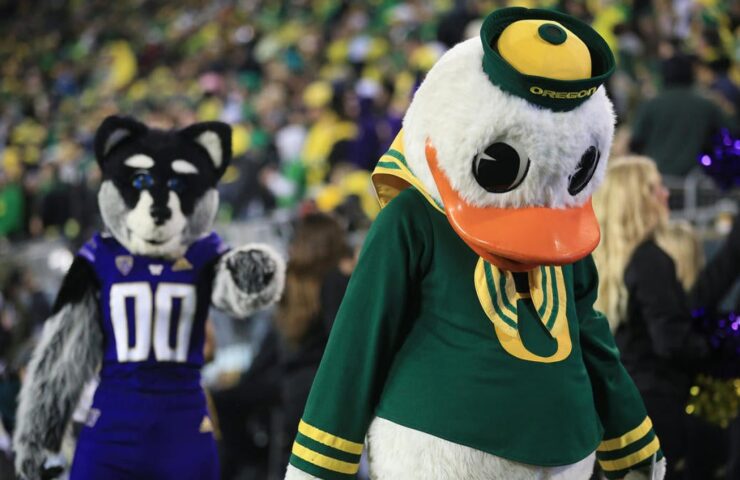 The extremely leading of the most recent AP Leading 25 poll might have remained the exact same following Week 11, but there were lots of shakeups even more down the rankings after 3 top-11 groups discovered themselves on the losing end over the weekend. Oregon and UCLA, 2 frontrunners in the Pac-12 Championship Game hunt, suffered harsh losses to Washington and Arizona, respectively. As a result, the Ducks and Bruins dropped out of the top 10. Oregon fell six spots from No. 6 to No. 12, while UCLA dropped 7 spots from No. 9 to No. 16.

LSU moved up to No. 6 in the area formerly inhabited by Oregon following a 13-10 win over Arkansas, while USC jumped a spot to No. 7 after squashing Colorado 55-17. Alabama’s 30-24 win over Ole Miss was enough to move it up 2 areas to No. 8, and beating Louisville 31-16 assisted get Clemson back in the top 10 as the Tigers climbed 3 areas to No. 9.

The biggest climber in the survey this week, however, was Washington, which moved from No. 24 to No. 15 following its 37-34 win in Eugene. Nevertheless, the Huskies are still three spots behind the Ducks despite the head-to-head win.

The top five of the brand-new AP Top 25 stays the same as all five teams held serve. There wasn’t even a distinction in first-place votes as Georgia once again gotten 62 of the 63 votes with Ohio State getting one. There are four newbies to the poll this week with Cincinnati, Coastal Carolina, Oklahoma State and Oregon State making the cut. They change NC State, Texas, Liberty and Illinois after Week 11 losses.

Take a look at the full top 25 listed below from the AP survey citizens. First-place votes remain in parenthesis.