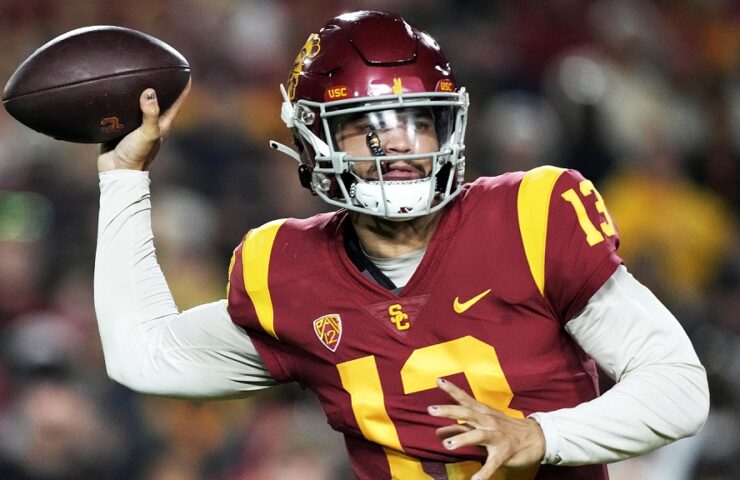 USC vs Tulane How To Watch

– Let’s put it this way. If you were to tell USC fans 12 months ago that their program that went 4-8 in 2021 was about to have a “disappointing” 11-2 season – complete with a Heisman-winning quarterback and a trip to the Sugar Bowl – you don’t think they’d have taken it in a heartbeat?

Yeah, it would’ve been great if Caleb Williams didn’t injure his hamstring in the Pac-12 Championship, but he did, the USC defense turned into wet tissue paper, and the team biffed its chance to make the College Football Playoff. But Lincoln Riley’s first year at the helm was a massive success, and it’s all just getting started.

– Cincinnati was coming off a year in the College Football Playoff. UCF had all the talent in place to make its own run to a possible playoff spot, and Houston was everyone’s darling with a loaded team returning. There wasn’t anyone from the Group of Five going into the CFP, and the Bearcats, Knights, and Cougars are all preparing for life in the Big 12 next year.

Meanwhile, all Tulane did was go win the American Athletic Conference with the program’s first double-digit win season since 1998. If you think USC was a shocker, Tulane was coming off a 2-10 campaign and came up with its first winning season in three years. That, and …

– Tulane hasn’t been to a bowl this big since losing the 1939 season’s Rose Bowl. Under Fritz this is the program’s fourth bowl game in five years – it went 2-1 in the first three. This is the chance to establish itself as the Group of Five’s biggest power going forward after the latest round of realignment kicks in next year.

– USC has been a relative dud lately on the bowl circuit. It hadn’t been in one of these things since 2019, and it hasn’t won once since the 2016 season’s Rose. After going 9-2 in bowls after Pete Carroll’s first year, the program is 1-3 in them. And for Riley, this is his chance to win his second bowl game in four tries. His first was part of the reason why …

– The Cotton Bowl is in need of a good game. Riley’s Sooners destroyed a bunch of Florida uniforms in a 55-20 Sugar in 2020. Last year Alabama went through the polite motions and disposed of Cincinnati in the College Football Playoff. In 2019 Penn State and Memphis put on a show – a 53-39 Penn State win – but that was part of a rough run of seven straight Cottons – and 14 of the last 15 – decided by eight points or more.

Why Tulane Will Win The Goodyear Cotton Bowl Classic

The offense is balanced with a strong passing attack for a Willie Fritz attack, but everything rocks when the ground game is rolling.

Tulane has been brilliant at being able to adapt and adjust on the fly, but it won the American Athletic Conference championship with 254 rushing yards against UCF averaging over eight yards per pop, and averages close to 200 yards rushing yards per game.

Time of possession doesn’t mean all that much to the Green Wave, but with the best defense in the AAC in points allowed and third down stops, the more the ground game rumbles, the more everything else works with this team.

And then there’s the USC run defense.

It got run over by Utah in the Pac-12 Championship, allowed 4.7 yards per carry, and can be moved on in chunks. But …

Why USC Will Win The Goodyear Cotton Bowl Classic

This is a BIG assumption that Caleb Williams will give it a go even with his banged up hamstring. (We’ll try to change this whole thing fast if he’s not able to play at the last second.)

He’s missing star WR Jordan Addison, and his offensive line isn’t intact, but the big play ability should still be there with the other weapons returning.

Tulane might have a terrific defense, but Houston’s passing game was okay, East Carolina pushed for close to 300 yards, and Memphis and SMU were able to bomb away on the secondary.

USC might not be smooth, but it’ll hit a few home runs.

On the other side, no, the defense hasn’t been anything great, but it’s masterful at taking the ball away. The definition of bending a whole lot without breaking, USC has forced two or more takeaways seven times with 29 on the year.

Tulane doesn’t have a massive turnover issue, but it lost the first time around against UCF when giving it away twice and …