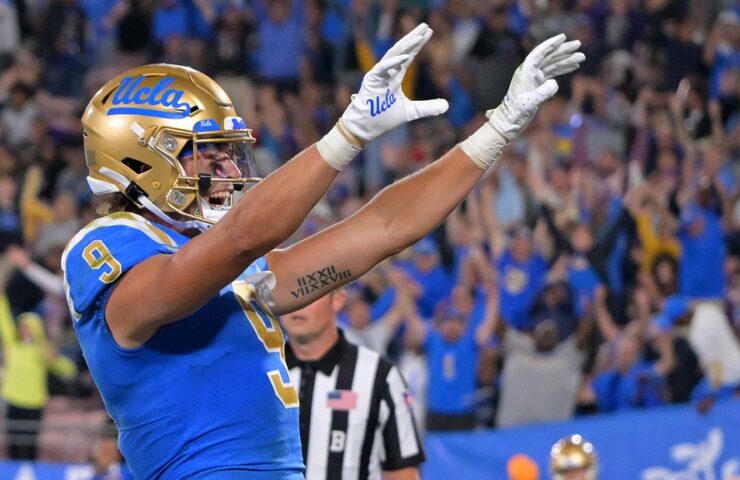 UCLA vs Pitt How To Watch

– UCLA had a great season right up until it whiffed its chance at something massive. It lost to Oregon, but had it not slipped up against Arizona it would’ve gone into the USC game with shot at the Pac-12 title and the College Football Playoff. Even so, it was a strong year under Chip Kelly that showed a whole lot of promise for the near future. Who’s going to be back from this season to play in this?

The skill guys are the question marks, but at the very least there aren’t going to be the massive losses suffered by …

– Pitt is going to be a shadow of its 2022 self. QB Kedon Slovis is off to BYU, but that’s not the big problem. The defense is totally gutted by opt-outs and missing parts – it’s going to be patched together with duct tape and a few prayers.

On the plus side, the team comes into this on a roll with four straight wins, a balanced offense, and a defensive system that starts aggressive and stays that way for a full four quarters.

– Last year’s Pitt team had to deal with some missing pieces, too. Kenny Pickett didn’t play in the Chick-fil-A Peach Bowl against Michigan State, and it didn’t matter until late in the 31-21 loss. That’s just part of the program’s bowl woes – it’s been miserable over the last decade in these things.

It only won two of the last nine bowls, both wins were against MAC teams in one-score games, and just four of the losses were against Power Five programs. To take this further, Pitt is a rough 4-10 since beating Oregon State in the 2002 Insight.

– After having to tap out of last year’s Holiday Bowl at the last possible moment, this becomes UCLA’s first bowl game since losing to Kansas State in the 2017 Cactus. It hasn’t won a bowl since taking down the Wildcats in the 2015 Alamo after the 2014 season.

– Around since 1935, the Sun has lately been known more for the Frosted Flakes bath for the winner than the great games – and the games have been great. There was the canceled COVID year of 2020, but including last year’s stunning Central Michigan 24-21 win over Washington State, the last three and six of the last seven have been decided by a touchdown or less.

Why UCLA Will Win The Tony the Tiger Sun Bowl

As of this moment, the UCLA star skill parts are playing. At the very least the passing game should be okay with QB Dorian Thompson-Robinson and WR Jake Bobo likely to give it a go. In this, that might be enough.

Even if both teams were at full roster, Pitt would have a problem against the physical style UCLA plays – to a point.

The Bruin pass protection is just okay, but the offense finished the year third in the nation with a fantastic balance and ability to adapt and adjust on the fly. The Pitt run defense was outstanding all year, but the team was 3-4 when allowing more than 65 yards and 5-0 when it didn’t. Those numbers partly came from all of the plays behind made in the backfield.

UCLA’s low-rushing output of the season was 144 yards and hit 200 or more all but three times – it should get to 65 rushing yards after a drive or two.

More than anything else, again, Pitt is missing way too many key pieces. This won’t be the Panther team that was so good at times throughout the season. However …

Why Pitt Will Win The Tony the Tiger Sun Bowl

Again, Pitt has a style that works.

Of course the players have to make it all happen, but the defensive system puts together waves of pass rushers in place to keep being disruptive. No matter who’s out there for the Pitt D, the production should be there to at least make UCLA rush.

Yes, the Panther offense has to be able to keep up, and it’s going to need to be creative, but more than anything else it has to avoid making huge mistakes and hope the defense can take care of the rest.

UCLA isn’t great at forcing takeaways, but it’s 9-1 when it comes up with at least one turnover and 0-2 when it doesn’t. Pitt is 2-0 when it doesn’t turn it over, 5-1 when it only gives it up once, and 3-3 when it turns it over multiple times.

And yes, the Pitt run defense really is that good. It’s the best in the ACC, no one in the conference did a better job at controlling the clock, and …